Why you should choose McCOURT LABEL

McCourt Label Company recognizes and accepts its responsibility for the environment as an integral part of its services and operations. McCourt is committed to excellence and leadership in protecting the environment and will strive to achieve this objective through an effective Environmental
Management System which adheres to the following principles:

Compliance: It is McCourt’s policy to manage all of its activities to meet or surpass the standards of all relevant environmental laws and regulations, and any other requirements established through interested parties.

Continuous Improvement: The McCourt Label manufacturing facility in Lewis Run, Pennsylvania pledges to implement and operate the ISO 14001 Environmental Management System to further enhance environmental
performance. Our main objectives are to continuously improve environmental performance in all of our processes and during product development by:

We will establish measurable environmental improvement goals and targets and regularly audit and review environmental performance. We will strive for cost-effectiveness in environmental management by improving our operations.

Communication: This policy will be communicated to all parties interested in the performance of our environmental management system. We will provide training and education to our employees to ensure that they can work safely, efficiently, and in an environmentally sound manner. We will communicate openly with employees, clients, the public, government, regulatory agencies and other interested parties concerning the company’s environmental performance and improvement plans.

November 2010 ~ McCourt Receives National TLMI Environmental Award At the recent Annual Meeting of the Tag and Label Manufacturers Institute (TLMI), McCourt Label received the TLMI Environmental Leadership Award for Process Improvement. This prestigious award recognizes those TLMI member companies that have consistently demonstrated a commitment to progressive environmental practices across a range of areas including solid waste reduction, recycling, waste or energy recovery, the implementation of new clean technology and processes, and the implementation of an education program.

McCourt was cited by TLMI for building upon its ISO-14001 certification, by continuing to add environmental systems that cover every aspect of manufacturing and management, and for reducing solid waste, establishing measurement criteria, reducing hazardous waste by 50%, and additionally instituting a ballast recycling program and a spent polymer recycling program.

The decision for these leadership awards is made by an independent panel of judges from industry peers that recognize and grade the specificity of the submitted applications. This years entries, like those of the past, demonstrate a commitment of time and research. Past winners of the award include 3M, Avery Dennison, Fujifilm and DuPont.

McCourt won the award for its overall environmental program and specifically for its employee team project Distilling Non-Contact Cooling Water Program. Like many flexographic printers who make their own plates, McCourt recycles washout solvent from the plate making process through a distiller. This in itself is a recycling program that has been practiced for years in our industry.  The distiller uses a large amount of water for cooling during the process (over 25,000 gallons per month). McCourt uses freshwater from the Boro Water System which became a problem as the regulations of the local sanitary sewer provider placed a ban on the introduction of all non-contact cooling water into the sanitary sewer system. The change in the sanitary code resulted in the company being out of compliance. Non-compliance with the code in addition to the large consumption of a natural resource made the activity a significant environmental aspect that needed to be addressed in our ISO 14001:2004 system.

Project Planning A team was put together of volunteers including plate, art, maintenance and management personnel to map out a solution to the problem. The initial goal was to formulate a consensus with two possible solutions and from that point choose the most environmentally-friendly and economically-sound option to institute.
The initial brainstorming sessions came up with many great ideas including: utilizing the water as gray water; heating portions of the offices; building a water fountain in the parking area; cooling the water for reuse to a freshwater tropical fish aquarium.
Consensus was reached by the team to design a circulating system to cool the water for reuse. This would eliminate the use of freshwater and the need to discharge the water into the sanitary sewer system. The team researched different methods of cooling the water including cooling by a forced air radiator system similar to an automobile radiator, or thermal cooling by piping the water into a deep covered trench in the ground.
Choosing Between Alternatives Thermal cooling was researched and it was determined that the cost of the coiled pipe, excavation and connectors was just over $2,200 which would result in a five year return on investment. This technology would work but at a high price.
Forced air cooling was researched by utilizing salvage parts for the radiator and forced fan, an empty drum from a detergent purchase, an employee donated foot valve, a shallow well pump system, PVC pipes, fittings and valves for a total of $161. The team chose this approach with a return on investment under a year based on the payback in water savings.
System Facts       Our circulating water pressure must be 40lbs to 110lbs in order to distill  Maximum water temperature before the unit automatically shuts down is 114F.  Fresh water incoming temperature (old system) 58F.   Distilling warmed water at exit (old system) 71F .  13 degree temperature swing (old system) .  Minimum flow was 30 gallons an hour .  25,625 gallons of water used on average per month (old system)
Little Defeats The new system design was as follows.  A PVC pipe was connected to bypass the sanitary sewer hookup.  The warmed water from the distiller then flowed to the air cooled radiator and into a 55 gallon plastic drum retention tank.  The water then flowed from the retention tank back to the distiller through a shallow well pump system. The first test run was started and the water temperature was monitored with a thermometer. After 6 hours the water temperature had increased from the starting temperature of 69F to 96F. This was a far larger swing than the 13F that the freshwater of the old system produced. 1.3 hours later the system shut down when it achieved 114F.  Only 60% of the batch had been distilled which was an unacceptable result.  We decided to go back to the drawing board.
Little Victories With a further financial investment in the program of $19.43 for more pipes, fittings and valves we added another 55 gallon drum to double our water retention.  We then turned the pressure to 45 lbs in order to allow over 2 hours of cooling time per gallon cycle and made a waterfall drop from the upstairs retention tank to the downstairs retention tank for added cooling potential.
We initiated a second round of testing and began to take our readings.  We started at 71F and after 6 hours, reached 89F.  This was much better than all our earlier attempts. At the 7.3 hour mark we were at a comfortable 93F and peaked at 96F at the end of the batch. We had success.
The team met and we discussed the results.  We then designed further testing by increasing and decreasing the water pressure and changing water levels. We continued testing for the next six months fine-tuning the system. Turning on the Switch
December 17th 2008 was our official day of distilling with the new system and no non-contact cooling water entering the sanitary sewer system.  The system was closely monitored for one year as of December 31st 2009, and we officially completed one year of  distilling all our plate making chemicals without the introduction of non-contact cooling water into the sanitary sewer system.   Project Milestones:   18 months and no introduction of non-contact cooling water into the sanitary sewer system; full regulation compliance attained.  189,126 gallons of freshwater saved by re-circulating the cooling water.   Total direct investment in the program –  $180.43 .  Total savings in water fees to date $491.76 .  10% decrease in cycle time .  The addition of water consumption as a key characteristic in our ISO 14001:2004 system .  1 pint of freshwater used per distilling cycle caused by evaporation 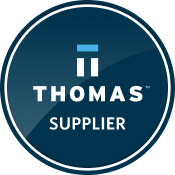